What do Walt Disney, Albert Einstein Henry Ford, Jeff Bezos, Milton Hershey, Soichiro Honda, Stephen King and the Wright Brothers have in common with the other listed here in this blog?  They were all considered failures.  They were all told “No” more than once but they kept on trying. 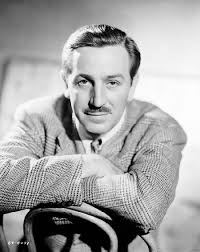 It’s easy to become frustrated with something and decide to quit instead of persevering.  It’s easier to give up than to continue on, but the rewards often come when you keep on going.  For instance:  How many of you have eaten Jell-O?  In 1895 Pearl Wait invented Jello, but it didn’t sell and Wait sold the product rights to Orator Woodward.  It still wasn’t selling and Woodward offered the rights to a plant supervisor for $35, but he said no.  Just when he was about to write off his investment, people began to buy Jello and by 1906 he was selling nearly one million dollars’ worth a year.

Gail Borden had the following words inscribed on his tombstone:  “I tried and failed, I tried again and again and succeeded.”  Borden was over 50 years old before one of his many schemes finally paid off.  Although he drew the first topographical map of Texas and coined the slogan “Remember the Alamo!” he is primarily remembered for his method of preserving milk by condensing it.

In the early 1920’s a young man named DeWitt Wallace thought he could make money selling secondhand magazine stories.  He began publishing a monthly selection of stories collected from other magazines and called it Reader’s Digest.

Parker Brothers sent a personal rejection to Charles B. Darrow about his new game stating that there were dozens of reasons why it would never sell.  In the company’s opinion, his real estate board game was a model for everything that a game shouldn’t be.  Can anyone guess the name of his game?  Monopoly  A few months later they had to eat their words.  Darrow actually did not invent the game, he simply patented it.  It was actually invented in 1904 by a woman named Elizabeth (Lizzie) Magie.  She had offered it to Parker Brothers, but they turned it down.  Darrow was given a handmade copy of her game and then designed his own game board out of linoleum, and created the game as we know it now.  Parker Brothers bought the patents belonging to Darrow and to Lizzie Magie. 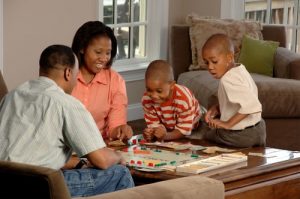 There are other stories about people who succeeded when everyone around them thought they would fail, including  Chester Carlson – Xerox,  William Lear – Lear Jet, Orville Redenbacher – Popcorn, Frederick Smith – Fed Ex, Colonel Sanders – KFC.  I will be featuring some of these so-called failures on future blogs.

So, the moral here is – keep trying, keep moving, keep working and you will succeed at your endeavours.

When things go wrong, as they sometimes will,
When the road you're trudging seems all uphill,
When the funds are low and the debts are high,
And you want to smile, but you have to sigh,
When care is pressing you down a bit,
Rest, if you must, but don't you quit.

Life is queer with its twists and turns,
As every one of us sometimes learns,
And many a failure turns about,
When he might have won had he stuck it out;
Don't give up though the pace seems slow–
You may succeed with another blow.

Often the goal is nearer than,
It seems to a faint and faltering man,
Often the struggler has given up,
When he might have captured the victor's cup,
And he learned too late when the night slipped down,
How close he was to the golden crown.

Success is failure turned inside out–
The silver tint of the clouds of doubt,
And you never can tell how close you are,
It may be near when it seems so far,
So stick to the fight when you're hardest hit–
It's when things seem worst that you must not quit.

Here's to a happy and prosperous 2021 to you and yours!