Most Overnight Successes Are Years In The Making

“Our greatest weakness lies in giving up. The most certain way to succeed is always to try just one more time.”  Thomas Edison 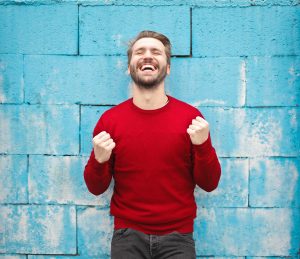 I’m going to let you in on a little secret. Most, if not all overnight successes you see are actually years in the making. Sure it may seem that a group or a person becomes an overnight hit, or that a business owner hits it out of the park all of a sudden. It seems so easy, so effortless, and so lucky, doesn’t it?

What you don’t see is what it took to get to that point. You don’t see the years of practicing, trying, and failing. You don’t see the hundreds or thousands of times they had to try again. You don’t see all the sweat, tears, and disappointment of the overnight success. That’s why it’s easy to be a little jealous and to think that these people just got lucky.

The secret to becoming an overnight success, or have any type of success in any area of your life is to not let failure stop you. When you mess up, when people let you down, when things don’t work out the way you’d hoped, you don’t give up. Instead, you get up, your dust yourself off, and you try again. You gain experience, you learn from each failure, each mistake, and each disappointment and you get back to work. It doesn’t matter what area of your life you want to improve or what lofty goals and dreams you want to reach.

The easiest way to embrace risk, and potential failure, is to start small. Learn to say yes to small things in your life, even if there’s a chance you’ll mess up or don’t get the results you would like. Say yes to a coffee date, say yes to work on a new project at work, say yes to try a new method for gaining customers.

Start small and you don’t have a lot to risk. If it fails, it’s not a big deal. But, if it works out, it gives you the encouragement you need to keep going and try something else.

Get In The Habit Of Taking Risks And Trying New Things

Starting small also allows you to get into a habit of taking risks and trying new things. And that’s a good thing. Make an effort to say yes more often and make it a new habit. It’s not easy if you’re a cautious person who likes to weigh the pros and cons and only commit to something new once you know you can do it. Breaking out of that habit isn’t easy, but you can do it by making an effort to say yes and take those risks on a regular basis.

As you start to embrace risk and fail more often, you’ll also learn that failing isn’t the end of the world. In fact, it isn’t even a bad thing. If nothing else, failing means you’re trying and sooner or later you will succeed.

Focus On What You’re Learning

Not only that but with each failure there’s a lesson to be learned. By embracing failure, and paying attention to that lesson you’ll get good at whatever you’ve set out to do and you’ll do it fast. The faster you fail, the faster you’ll learn, and thus the faster you’ll succeed. Start embracing those failures, take those risks and reach your goals in record time.

We think of failure as something negative, when it’s not. Successful people come to realize that. They may make it seem like everything is falling into their lap, but when you start to dig a little deeper they have their share of failures. What sets them apart is that they don’t mind those setbacks and mistakes. Instead, they use them to learn, get better, and stay motivated. And that’s what it takes for you to become an overnight success as well. Are you ready to embrace failure and try again until you too become an overnight success? If so, it’s time to get to work and start failing fast.

The only way you’ll truly fail is when you give up. When you’re trying to get faster and better, when you’re working hard to reach your goals in life, giving up simply isn’t an option. You can’t let yourself get beat. Instead, you try again and again, learning from each failure and getting better at what you do along the way.

When things go wrong, as they sometimes will,
When the road you're trudging seems all uphill,
When the funds are low and the debts are high,
And you want to smile, but you have to sigh,
When care is pressing you down a bit,
Rest, if you must, but don't you quit.

Life is queer with its twists and turns,
As every one of us sometimes learns,
And many a failure turns about,
When he might have won had he stuck it out;
Don't give up though the pace seems slow–
You may succeed with another blow.

Often the goal is nearer than,
It seems to a faint and faltering man,
Often the struggler has given up,
When he might have captured the victor's cup,
And he learned too late when the night slipped down,
How close he was to the golden crown.

Success is failure turned inside out–
The silver tint of the clouds of doubt,
And you never can tell how close you are,
It may be near when it seems so far,
So stick to the fight when you're hardest hit–
It's when things seem worst that you must not quit.

To becoming a success by failing!!

Here to help you

P.S.  Here is another of my friends who is failing forward:  Ruth Bowers of Ritchie Media

P.P.S.  Here's an article from Arlene Dickinson of You Inc and Shark Tank on the benefits of failure